ATG News & Announcements from ALA Midwinter 1/29/19

ATG News & Announcements from ALA Midwinter 1/29/19

According to American Libraries “Melinda Gates opened her talk at the 2019 American Library Association’s (ALA) Midwinter Meeting in Seattle January 25 with effusive praise for her hosts. Her admiration for libraries is well documented: As cochair of the Bill and Melinda Gates Foundation, she has been at the forefront of philanthropic funding for libraries. The Gates Library Foundation, which closed in 2018, provided more than $1 billion to libraries around the world over the course of 21 years…”

American Libraries also reports that at this year’s Midwinter gathering “the American Library Association (ALA) rolled out a new and growing collection of advocacy tools on the freshly redesigned ala.org/advocacy.

ALA’s advocacy web pages are organized around developing and cultivating library advocates; providing step-by-step suggestions for anyone who wants to become more active in strengthening ALA’s voice; and advancing the national, state, and local conversations about library and information policy. The concrete examples of storytelling, relationship building, and year-round advocacy are designed to encourage ALA members and library advocates to positively impact how community influencers and decision makers at all levels engage with libraries.

ACRL Insider reports that “ACRL announces the recipients of the 2019 Excellence in Academic Libraries Award – Swarthmore College Libraries, Swarthmore, Pa.; The College of Western Idaho Library, Nampa, Idaho; and Case Western Reserve University Kelvin Smith Library, Cleveland, Ohio. Sponsored by ACRL and GOBI Library Solutions from EBSCO, the award recognizes the staff of a college, community college, and university library for programs that deliver exemplary services and resources to further the educational mission of the institution…”

The winner of the 2019 Dartmouth Medal for most outstanding reference work, an annual award presented by the expert reference and collection development librarians of the Reference and User Services Association (RUSA), a division of ALA, is the Marine Fishes of Arctic Canada published by University of Toronto Press. There are two Honorable Mentions this year “Beetles: The Natural History and Diversity of Coleoptera” published by Firefly and “TESOL Encyclopedia of English Language Teaching” published by Wiley.

According to American Libraries “the American Library Association (ALA) today announced the top books, video, and audio books for children and young adults—including the Caldecott, Coretta Scott King, Newbery, and Printz awards—at its Midwinter Meeting in Seattle, Washington…”

Publishers Weekly reports that “at the ALA Midwinter Meeting in Seattle, ALA officials announced that Melinda Gates, co-chair of the Bill & Melinda Gates Foundation, will serve as honorary chair of National Library Week, April 7–13, 2019…”

Dr. Pauletta Brown Bracy is the recipient of the 2019 Coretta Scott King-Virginia Hamilton Award for Lifetime Achievement. The announcement was made today by the American Library Association (ALA), during the ALA Midwinter Meeting & Exhibits held Jan. 25 – 29, in Seattle, Washington...

Dr. Pauletta Bracy, is Professor of Library Science and Director of the Office of University Accreditation at North Carolina Central University (NCCU). She has successfully merged scholarship and service with publications such as “Libraries, Literacy and African American Youth” (co-edited with Sandra Hughes Hassell and Casey H. Rawson) as well as her work with the Coretta Scott King Book Awards and with workshops and conferences dedicated to promoting African American books for children and teens. She recently served as co-organizer for Celebrating Our Voices: Black Children’s Literature Symposium and Book Festival held at NCCU…” 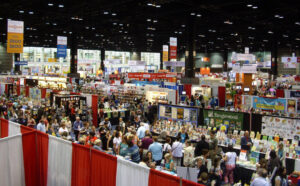 Other news from ALA Midwinter: 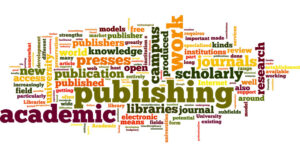