ACRL Insider reports that “the ACRL Leadership Recruitment and Nominations Committee (LRNC) encourages members to nominate themselves or others to run for the position of ACRL vice president/president elect and director-at-large in the 2020 elections. The deadline for nominations is February 15, 2019.

To nominate an individual or to self-nominate, please submit the online nomination form. LRNC will request a curriculum vita and/or a statement of interest from selected individuals prior to developing a slate of candidates…

American Libraries presents “this national roundup of library referenda, tax levies, and bond measures decided by voters in the November election will be updated frequently in the coming days as final tallies roll in. Other measures voted on earlier in the year will also be added in. A summary will appear in the January/February 2019 issue of American Libraries…”

LIS News notes that “More than 250 antiquarian book dealers in 24 countries say they are pulling over a million books off an Amazon-owned site for a week, an impromptu protest after the site abruptly moved to ban sellers from several nations. The flash strike against the site, AbeBooks, which is due to begin Monday, is a rare concerted action by vendors against any part of Amazon, which depends on third-party sellers for much of its merchandise and revenue…”

LIS News also reports that “A new free website spearheaded by the Library Innovation Lab at the Harvard Law School makes available nearly 6.5 million state and federal cases dating from the 1600s to earlier this year, in an initiative that could alter and inform the future availability of similar areas of public-sector big data. Led by the Lab, which was founded in 2010 as an arena for experimentation and exploration into expanding the role of libraries in the online era, the Caselaw Access Project went live Oct. 29 after five years of discussions, planning and digitization of roughly 100,000 pages per day over two years..”

infoDOCKET reports that “as we commemorate the centennial of the armistice that ended hostilities in World War I, you can learn more about the war and the armistice on govinfo.

The United States Army in the World War, 1917-1919 is now available. Published in 1948, this 17 volume set compiles key documents, maps, and records for the American Expeditionary Forces (AEF) from the start of the American involvement in World War I through the occupation of Germany…”

Also according to infoDOCKET “the EU-funded EVER-ESTproject has implemented a solution to preserving the results of research activities or to share knowledge with peers and policymakers.based on research objects (RO) technology. ROs help manage research life cycles, allowing scientists and operational users to preserve and share data, models, workflows and results on issues such as climate change, the threat from natural hazards and the sustainable use of natural resources. EVER-EST is the first e-infrastructure service to use ROs in observational rather than experimental disciplines…”

In addition, infoDOCKET notes that “The New York Times today announced that it is leveraging the power of Google Cloud technology to digitize an extensive collection of photographs dating back to as early as the late 19th century. The process will uncover some never-before-seen-documents, equip Times journalists with an easily accessible historical reference source, and preserve The Times’s history, one of its most unique assets…”

KnowledgeSpeak reports that “ProQuest has announced the launch of Idea Exchange, an online community enabling customers to shape the products and solutions they invest in and use every day. Librarians who use the OASIS® system or LibCentral®, the administrative portal for the Ebook Central® platform, now have a new way to influence the future development of these services. Current OASIS and LibCentral customers are invited to propose ideas or vote or comment on their favourite ideas, allowing groups of colleagues to shape suggestions together…”

In addition KnowledgeSpeak reports that  “ProQuest has announced that it is commencing the development of RialtoTM, a … approach to unify selection and acquisition in academic libraries. Through benchmark analytics, recommendations, and a comprehensive marketplace with content of all types – books, ebooks, video and more – from many sources, libraries will have the tools to become more effective and efficient…”

KnowledgeSpeak also notes that “the American Psychological Association has named Dr. Steve W.J. Kozlowski as its first open science and methodology chair, responsible for working with the association’s authors, reviewers, editors and publications board to understand and develop best practices for the evolving landscape of open science in psychological research. Kozlowski is a professor of organisational psychology at Michigan State University and a former editor of APA’s Journal of Applied Psychology…” 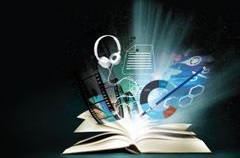 MORE LIBRARY AND PUBLISHING NEWS FROM A VARIETY OF S.OURCES