Race, who will begin his new role Monday, Nov. 12, is currently the director of the University of Nevada Press. During his tenure there, he doubled the content output and grew sales by more than 30 percent in just over three years. Race began his career in publishing in acquisitions with the Lexington Books imprint, Rowman and Littlefield…”

ACRL Insider reports that “ACRL is pleased to announce recipients of its second round of Value of Academic Libraries Travel Scholarships in 2018. These scholarships of up to $2,000 each support librarians presenting on their work demonstrating the impact of academic libraries in the broader landscape of higher education…”

According to infoDOCKET “The Eleventh Circuit ruled Friday that the state of Georgia cannot claim copyright ownership over annotations made to its official legal code, ruling that people should have “unfettered access to the legal edicts that govern their lives…”

In addition infoDOCKET reports that  “students, faculty and researchers across the Midwest and beyond will gain critical access to new research data through a cloud-based platform whose construction has been made possible under a large-scale partnership led by the IU Libraries and IU Network Science Institute.

A $2 million project to create a secure online database for academic resources, the Shared BigData Gateway for Research Libraries has been awarded nearly $850,000 from the Institute of Museum and Library Services…”

According to the Washington Post “The Library of Congress has unveiled a trove of the Rough Riders’ personal papers, covering politics, spitballs and pet snakes in the White House...

The 276,000 documents include his reaction to the deaths of his mother and wife, whom he worshiped, the antics of his children in the White House — they shot spitballs at a portrait of Andrew Jackson — and his fury at President Woodrow Wilson, who refused to let him raise a force for the U.S. Army in World War I …”

Citing the NY Post, infoDOCKET reports that “The Saturday Evening Post, for the first time in its nearly 200-year existence, has its storied history available digitally.

“We’ve been scanning the editorial since 2009,” said Joan SerVaas, president and CEO of the current publisher, the not-for-profit Saturday Evening Post Society. To gain access past the paywall requires a $15-a-year membership to the society…”

infoDOCKET also notes that “The National Heritage Digitization Strategy (NHDS) is providing $1 million to support 21 projects by archives, libraries and documentary heritage institutions throughout Canada. The recipients of the Digitization Canadian Collection funding call were announced today in an event held at the Vancouver Public Library…

ARL News notes that “Toward an Open Monograph Ecosystem (TOME) is a five-year pilot initiative to advance the wide dissemination of scholarship by humanities and humanistic social sciences faculty members through open editions of peer-reviewed and professionally edited monographs. Scholars face growing difficulty in finding publishers for their monographs as academic library budgets shrink and demand for monographs falls. The Association of American Universities (AAU), Association of Research Libraries (ARL), and Association of University Presses (AUPresses) formally launched TOME in 2017 to collaboratively address this problem…”

Library Technology Guides reports that “the Andrew W. Mellon Foundation recently awarded LYRASIS a $1,200,000 award to support the next stage of community growth and technical development of CollectionSpace. CollectionSpace is the only collections management system led by a nonprofit and designed with input from the community…”

According to KnowledgeSpeak  “OCLC and Ithaka S+R have published a new report, -University Futures, Library Futures: Aligning library strategies with institutional directions,’ which establishes a new framework for understanding the fit between emerging library service paradigms and university types. The report is available on the OCLC Research website…”

KnowledgeSpeak also reports that “the MIT Press and the University of Michigan Press recently announced plans to start selling their ebook collections directly to libraries by creating their own distribution platforms. Previously, the publishers did not have a mechanism for selling to institutions directly…” 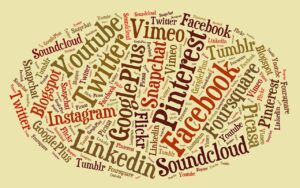