ATG Quirkies: Growing Up in a Library

ATG Quirkies: Growing Up in a Library 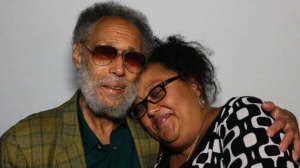 How Living In A Library Gave One Man ‘The Thirst Of Learning’ is a great post from NPR’s STORYCORPS that tells the story of Ronald Clark and his family.

Ronald’s Dad, Raymond, was a New York Public Library custodian, who along with Ronald and the rest of the family, lived “on the top floor of the Washington Heights branch in upper Manhattan.” They moved there in 1949, when Ronald was 15 years old.  Following in the family tradition, Ronald also raised his daughter Jamilah in the same apartment until she was 5. To this day, Ronald believes that living In a library gave him “the thirst of learning — and this just never left me.”