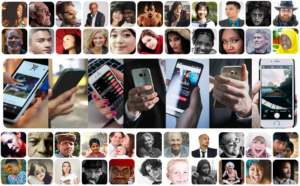 This week Library Journal announced the 2018 Movers & Shakers, celebrating 50 people who are transforming what libraries deliver to their communities in the United States and beyond. The individuals were chosen for their dedication, innovative minds, passion for the field, and impact on all they serve. The 2018 class is the 17th group to be selected by LJ editors to receive this honor.

The 2018 Movers & Shakers were announced online throughout the week of March 12. There are six subcategories of Movers, including: Advocates, Change Agents, Community Builders, Digital Developers, Educators, and Innovators. The full class, along with a map of their geographic distribution by state, is available online.

Picked from a pool of nearly 300 nominations, this latest cohort joins a group of outstanding library workers that is now more than 850 strong. The Movers & Shakers program was founded with the goal of acknowledging wide-ranging individuals from around the world that have gone above and beyond to advance their libraries and better serve the communities they impact.

ACRL Insider offers “congratulations to the following recipients of 2018 ACRL awards. Complete information on the ACRL awards program is available on the association website.

This year’s James Madison Award goes to U.S. Representatives Darrell Issa (R-CA) and Mike Quigley (D-IL). The Eileen Cooke Award goes to Florida’s First Amendment Foundation. Both awards honor individuals or organizations who have championed, protected and promoted public access to government information and the public’s right to know how it functions…

This marks the 30th year ALA has presented the James Madison Award. As co-founders and co-chairs of the Congressional Transparency Caucus, Representatives Issa and Quigley have shown bipartisan leadership to ensure the core democratic value of government transparency is more than just an ideal in Washington…”

infoDOCKET reports that “Gov. Kate Brown ousted the state librarian Tuesday in a move that surprised and angered many librarians and library supporters around Oregon.

The governor decided that State Librarian MaryKay Dahlgreen “fell short of clear and timely expectations from legislators,” spokeswoman Kate Kondayen said. Brown gave Dahlgreen the option to transition out of her position, but she chose to be fired instead, Kondayen said.

The governor has not yet chosen a replacement, her spokeswoman said.

Ann Malkin, the chair of the Oregon State Library Board of Directors, said that the board and librarians throughout the state thought Dahlgreen did a great job.

“We hate to lose her expertise and her leadership,” Malkin said.