According to ACRL Insider “(RCL), the bibliography of essential titles for academic libraries, is announcing editorial openings. RCL is a continuously-updated, peer-reviewed core collection that includes over 85,000 resources in 72 curriculum-specific subject areas. RCL is currently seeking subject specialists for the following disciplines:..”

infoDOCKET reports that “the Vancouver Sun and Province are donating their collection of photographic negatives to the Vancouver Archives — the largest donation in the history of the civic institution.The donation of an estimated two million images spanning more than half a century will more than double the Archives’ collection of 1.6 million negatives…”

infoDOCKET also notes that a “[Memorandum of Understanding] was signed by the Director of ANL Dr. Karim Tahirov and Virginia Steel, UCLA Norman and Armena Powell University Librarian.

Opening the event, the UCLA Librarian for Jewish, Middle Eastern, Central Asian, and South Asian Studies David Hirsch told the audience about his trips to Azerbaijan, during which he had the opportunity to familiarize himself with the country’s various libraries including the National Library. He expressed his hope that today’s MOU would establish great opportunities for a strong bilateral collaboration between the two libraries…”

According to KnowledgeSpeak “John Wiley and Sons Inc. has announced that the Royal College of Physicians (RCP) is the latest Wiley Digital Archives partner. The relationship with RCP is the first venture between Wiley and this society which is the oldest medical college in England. The digital resource will contain approximately 5 million images, selected from both the archives of the College and from the Dorchester library, and will span over 500 years of history,…”

According to Good E-Reader Overdrive has “just announced that in 2017 there were 155 million ebook loans, which was an increase of 11% from 2016 and there was 68 million audiobook loans. There was 59 libraries that loaned out over 1 million titles, 14 that had 2 million checkouts, seven over 3 million, and two over 4 million…”

Good E-Reader also reports that “Microsoft has just issued a new version of their Windows 10 Insider Preview Build 17074 and it dramatically increases the functionality of ebooks in the Edge Browser. Reading View is sporting a fresh new look when reading EPUB and PDF files and you can now read in full-screen mode…” 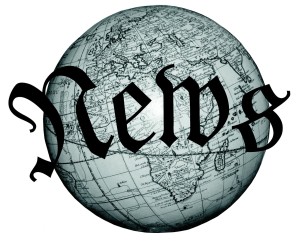