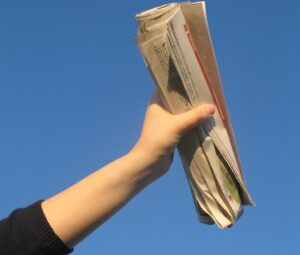 ACRL Insider reports that “ACRL seeks proposals for the design, development, and delivery of a new ACRL research agenda on the research environment and scholarly communication system. The final research agenda will provide an overview of trends, identify effective and promising practices, and delineate important questions where deeper inquiry is needed to accelerate the transition to more open, inclusive, and equitable systems of scholarship. This research agenda will be informed by scholarly literature, as well as by advances in practice and the voices of historically underrepresented communities.

According to Inside HigherED “more and more instructors are choosing open educational resources over traditional textbooks, a survey of more than 2,700 faculty members reveals.

The “Opening the Textbook” survey, published by the Babson Survey Research Group today, reports that the number of faculty members at two- and four-year institutions using OER as textbooks has nearly doubled in the last year — from 5 percent in 2015-16 to 9 percent in 2016-17…”

N S R notes this post in Atlas Obscura that focuses on some “of the best digitization projects—i.e., “amazing archival treasures” digitized in 2017—some unveiled for the first time this year, others expanded significantly with new content—including: …”

The collection is online at loc.gov/collections/united-states-code/. This provides access to editions of the U.S. Code that previously were not available to the public online for free.

According to infoDOCKET “the California State Archives has completed one of its largest digitization projects ever.

The collection features nearly 3,000 photographs taken by native Californians William M. and Grace McCarthy from approximately 1905 to 1938.  The McCarthys traveled extensively during the early years of automobile travel, as newly constructed highways connected people and places throughout the United States and beyond, providing pictorial documentation of a pivotal period in our nation’s history…”