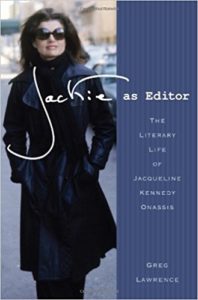 This fascinating post in Town & Country tells how Jackie Kennedy started on the road to becoming a powerful book editor more than 10 years after leaving the White House.

Author Nancy Bilyeau recounts how the former First Lady went from making just $200 a week at Viking Press to emerge as a well respected editor who “acquired nearly 100 works of fiction and nonfiction over 19 years, working as an editor continuously until her death.”

(Thanks to John Riley of Gabriel Books for providing ATG Quirkies)