ATG Caught My Eye: The 2017 ALA Annual in the Windy City

Attendance at this year’s ALA Annual Conference saw a significant surge over the less than stellar figures recorded at the 2016 meeting in Orlando.  ALA News reports that the 2017 ALA Annual held in Chicago “was attended by more than 22,700 librarians, library workers, and library supporters (including more than 6,500 exhibitors)…” Comparing those numbers to the 16,597 librarians and exhibitors that braved the heat and humidity of Orlando and ALA officials must be breathing a collective sigh of relief.

Fortunately, the increased number of attendees were rewarded by sunny days and comfortable temperatures – along with a full complement of program options. Those making the trek to the Windy City could select from over 1,800 programs and more than 2,500 events at the McCormick Place Convention Center and nearby locations.  Of course, it’s impossible to cover each and every one of them, so as we have done in the past, we thought we’d try and convey a sense of this year’s ALA by collecting a list of posts from a variety of sources and let you explore for yourselves. 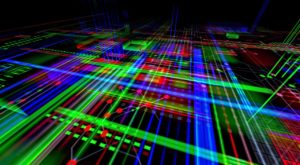