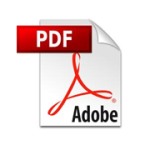 If obfuscation is the next best thing to being there, then certainly the subject of this column wins the prize.  I’m guessing that only a few score of librarians recognize the hypcorism, and only about eighty recognize it straightaway.  While we librarians are given to an infernal habit of abbreviations and other brachylogies, it appears there isn’t a shortage of them in other professions as well.

LIAL16 is shortspeak for Leadership in Academic Librarianship, the hashtag a late addendum to make it social media friendly after we all went our separate ways.  For the last sixteen years, the Harvard School of Education has been running this five-day program for librarians (and deans, and provosts, and presidents, etc.), helping them to come to grips with the meaning of leadership in all its various modalities.  The program is a grueling one: five full days, all day, with a short break at lunch, which was, as often as not, filled with ongoing discussions and debates, and always the proverbial “networking.”

First of all, Cambridge is an interesting place, and I have been there before.  What took me by surprise this time around, however, was the sheer number of homeless persons.  Yes, this is a urban city, and yes, it is a highly populated area in a rather smallish land mass.  But per capita, Cambridge has as many homeless persons as any major city two or three times its size.  The only-somewhat-funny-joke around the town is that whether a given person is really a homeless individual, or a washed-up Harvard professor.  It’s not entirely difficult to see why the joke resonates.  Many of the homeless, at least the males anyway, look strikingly like members of the professoriate, missing only the tweed coat but keeping the patched sleeves.  Further, many of them serve up clever panhandling signs.  Still, the sad young, old, and middle aged, male and female, could not be missed. 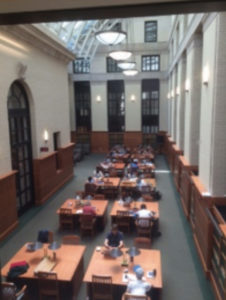 But enough of that.  Second, I know what you’re thinking:  Hah-vahd.  But don’t go there, as the kids say.  Although there is an application process and the admissions committee determines who gets in, I suspect the program is open to just about anyone who can afford the tuition, room and board.  It isn’t cheap, it is in Cambridge, not the most economical place to stay, and it is Harvard.  There is the usual preening associated with the name.  When Churchill was describing Atlee he said, “He is a modest little man who has much to be modest about.”  With Harvard, it’s the other way around.  Yes, there is preening;  but after all, Harvard does have much to be preening about.  Let’s just say that if your taste for programs, conventions, or conferences runs along the Walmart line of cost, this isn’t the program for you.

Having said all that, if what you’re looking for is a real immersion into the world of leadership studies, plans, blueprints or approaches, this may well be worth the farm after all.  It’s a great program for getting a 360-degree view of leadership in its full carats, gleaming, sparkling, dazzling.  I’m not sure there is another one like it with as much to offer in as little time.

My own background, a second graduate degree in leadership studies and policy analysis, had prepared me well for the week.  While I have never quit studying leadership, it had been several decades since I visited that material exclusively, so I was eager to get back to it, if for no other reason than to see what I remembered, what had changed and what I still had to learn.  Obviously, the field has changed considerably since I studied things like Theory X and Theory Y, so it was most rewarding, not only to be reminded of material I had not seen in a while, but also to be exposed to new material I had not seen at all.

The classes were engaging, with interesting discussions and sidebars about the readings sent to participants just prior to our arrival.  The preferred method of instruction was through case studies and these worked especially well given the context of libraries and leadership.  Not all the cases studies, however, had to do with libraries, making the extrapolation to them all the more valuable.

Participants were asked to write out their own case study before arriving.  All of these were discussed either in small groups or collectively.  Frankly, it was good to have other eyes review decisions that had not been made, had been, or were about to be.  Discovering that among the eighty librarians the consensus gravitated around your own conclusion was most helpful.  Further, it was most instructive to learn that at whatever the library — Research 1, comprehensive Masters, small, medium, or large, public or private college or university — the number and nature of problems recurred just about everywhere.

We began each day in small groups, discussing any leftover matters from the day before, or taking up readings that we could not cover in the classes.  We also had time to socialize, some, but most of the week was spent in earnest work.  Two separate occasions allowed for a tour of the Harvard campus and a second tour of the fabulous Widener Library.  If nothing else, Harvard is worth the trouble just to get in Widener and look about.  I suppose it helps if you’re a librarian, but I cannot imagine anyone with a modicum of interest in books and learning not finding something of heaven in that building.  It really is worth the trip just to see the library alone.

I would be remiss not to mention that being Cambridge and a “college” town with a wide diversity of palettes and tastes, dining out there is half the fun.  All the restaurants in which I took dinner proved beyond expectation.  I have been a vegetarian for about thirty years, so it was refreshing to go into a fine dining establishment and find on the menu food meant just for your tastes, as opposed to trying to explain what you wanted and everyone in the restaurant thinking you’re speaking in tongues.

If all of this were not enough, all of the instructors were just about perfect.  They were engaging, amiable, and anything but stuffy.  All had, as one would expect, a near perfect command of the classroom and an ability to draw students in.  I’m sure there are some Harvard professors who aren’t this way but LIAL participants proved pluperfect professors.  A former ALA president known for her leadership prowess proved an added bonus.  At the week’s end, we were treated to a “graduation” ceremony and a “degree” from Harvard. 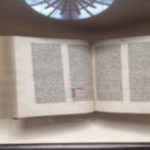 Spending a week talking about leadership and the changing landscape of libraries proved most enervating.  I came away with a renewed interest in leadership and its principal parts.  Apparently, at least for the week we were there, leadership and change were the topics of choice.  Passing one of the numberless homeless one morning, I saw one holding a sign that at least made me smile:  “If you fear change, leave yours here.”  Not bad, really, in a clever sort of way, and so I did.

I did not, however, come back with any Harvard swag other than what was given out by the conference.  I’ve seen too many Southern chawbacons sporting Harvard sweatshirts, inside out and backwards, to know that really only true Harvardites can pull off Harvard swag.

The conference may be best suited to those in mid-level positions in the early to middle point of their careers.  But even this old goat was delighted to have had the chance to spend a week with seventy-nine other colleagues.  Should you ever get the chance to take LIAL for a week, here’s a personal endorsement not to miss what may well be the chance of a professional lifetime.