A new report issued by ACRL, “Documented Library Contributions to Student Learning and Success: Building Evidence with Team-Based Assessment in Action Campus Projects,” shows compelling evidence for library contributions to student learning and success. The report focuses on dozens of projects conducted as part of the program Assessment in Action: Academic Libraries and Student Success (AiA) by teams that participated in the second year of the program, from April 2014 to June 2015. Synthesizing more than 60 individual project reports (fully searchable online) and using past findings from projects completed during the first year of the AiA program as context, the report identifies strong evidence of the positive contributions of academic libraries to student learning and success in four key areas…

The May 2016 issue of College & Research Libraries is now freely available online. Visit the C&RL website for complete contents from 1939 to the present and follow C&RL on Facebook and Twitter for updates and discussion.

According to KnowledgeSpeak “ITHAKA, … has announced that its large-scale digital preservation service Portico now preserves one billion files or, in practical terms, more than 20,000 e-journals, 400,000 e-books, and 600 million images that include vast collections of historical newspapers. Portico has also expanded its services and the files it archives by working with libraries with special mandates and obligations to preserve content…”

infoDOCKET reports that “the International Alliance of Research Library Associations (IARLA)—a global coalition of major research and academic library associations in Australia, Canada, Europe, and the United States…. views the Science International accord on “Open Data in a Big Data World” as an important step towards creating and enabling this common vision of the importance of open data. In setting out principles for open data that are derived from emerging practices within the scientific community, the accord lends the voice of a key stakeholder to the case for open data and provides a practical road map for the implementation of open data at the global level…” 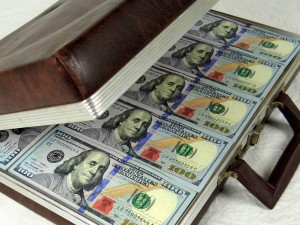 KnowledgeSpeak also notes that “o”ver 2.5 million research outputs deposited on Figshare will now display Altmetric Badges, ushering in a new era of data-level metrics. This new integration means that the attention data for datasets, videos, images, code and other alternative research outputs will be presented within the Figshare platform, and users will be able to access a collated record of all of the comments, shares and discussion relating to an item with a single click…”

ProQuest has announced the launch of nine regional databases of locally published scholarly journals across all major disciplines. With over 3,000 academic titles across the nine databases, published by scholarly organizations and societies, educational institutions, and academic presses, each collection represents hundreds of the most authoritative scholarly publishing in that geographic area…”

Library Technology Guides reports that “Preservica, … has announced the latest release (v5.6) of its Digital Preservation and Access software. The new features build on Preservica’s active post-ingest file format migration and storage management to give libraries, museums, archives and businesses new levels of control and flexibility over how they manage, arrange, migrate, share and store their valuable digital content overtime – as needs, demands and technologies change…”