ATG Quirkies: 400 Year Old Feud Comes to an End Because of a Bestseller

ATG Quirkies: 400 Year Old Feud Comes to an End Because of a Bestseller 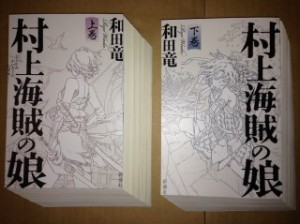 This post from Melville House recounts the story behind what must be the Guinness World Book record for grudges.

It seems that after being defeated in the Battle of Kizugawaguchi, (part of Oda Nobunaga’s bloody attempt to unify – aka conquer Japan), one of the pirate clans, the Kurushima Murakami that originally fought against the winners, switched sides.  Two of the other clans, the Innoshima and Noshima, took their revenge by not speaking to the offending clan for 440 years.  It was only after a visit to a local museum by Ryo Wada,  bestselling author of Murakami Kaizoku no Musume (“Daughter of a Murakami Pirate”), a work of historical fiction that tells the story of Oda Nobunaga’s campaign, that the “descendants of all three clans came face to face for the first time since the feud began.”

(Thanks, as always, to John Riley of Gabriel Books for providing ATG Quirkies!)