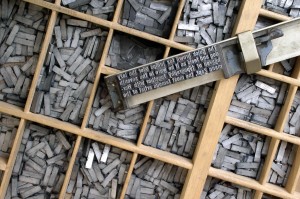 Digital Shift reports that “as President Obama ponders his choice for the next Librarian of Congress, the first time in nearly three decades that such a nomination will be necessary, the U.S. Senate has passed a bill to put a 10-year term on the position. If passed by the House and signed by the president, the bill will strip the job of the lifetime tenure it has carried since 1802…”

According to infoDOCKET “a full text copy (pre-pub version; 81 pages) that was just made available of the final rule that what will be formally published tomorrow (October 28, 2015) in the Federal Register.

Direct to Full Text (and Embedded Below)

infoDOCKET also reports that “the University of Iowa Libraries has launched the Digital Scholarship & Publishing Studio, a new unit serving faculty, student, and community scholars with an expert staff and access to a range of digital tools and platforms.

A centrally funded campus resource, the Studio also houses the Studio Scholars Program, a faculty research group dedicated to the development of both large- and small-scale faculty projects related to Digital Humanities (DH) efforts in the arts and humanities…”

According to ALAnews “nominations are being accepted for the 2016 LITA/Library Hi Tech Award, which is given each year to an individual or institution for outstanding achievement in educating the profession about cutting edge technology within the field of library and information technology. Sponsored by the Library and Information Technology Association (LITA), a division of the American Library Association (ALA), and Library Hi Tech, the award includes a citation of merit and a $1,000 stipend provided by Emerald Group Publishing Limited, publishers of Library Hi Tech…”

According to KnowledgeSpeak “The Wellcome Trust aims to invest £5 billion over the next five years to improve health, as it launches a new strategic framework focussed on advancing the best ideas in science and research, seizing opportunities as they arise. This marks another step forward for Wellcome, which has invested £6 billion over the last ten years and £11 billion since it began in 1936…”

KnowledgeSpeak also notes that “The Cambridge Crystallographic Data Centre (CCDC) has announced that the Cambridge Structural Database (CSD) has passed the milestone of 800,000 expert-curated experimental crystal structures with the addition of a novel metal-organic paddle-wheel structure from researchers in Spain. The CSD is the world’s only comprehensive and up-to-date knowledge base of crystal structure data…”

According to Library Technology Guides “Springer Nature announces the launch of an interactive Related Content service on the SpringerLink platform. The service will make it faster and easier for researchers to discover relevant scientific content and is powered by UNSILO, a Semantic Discovery Engine that captures trending ideas and novel scientific concepts as they emerge. The new interactive Related Content service allows users to filter similar Springer documents by concepts they are interested in. Users can also visually explore documents that describe similar concepts using the new interactive Relationship Map… 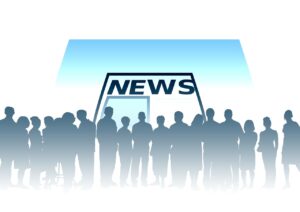