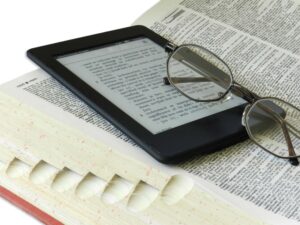 ARL has released the Library Investment Index for 2013–2014, the latest in this annual summary measure of the relative size of the university library members of the Association. Although similar to the ARL Membership Criteria Index in reflecting the investments made in research libraries, the ARL Library Investment Index is less affected by the electronic availability of content and, consequently, the rapidly changing context of library collections. Neither index attempts to measure a library’s services, quality of collections, or success in meeting the needs of users. The ARL Library Investment Index has been calculated beginning with data from 2002–2003.

ResourceShelf reports that the World Bank says that it has developed a “state-of-the-art platform, which maximizes the public’s online access to a vast amount of original primary source material in the custody of the Archives.

Created using the Access to Memory open source software, the website facilitates a faster, more efficient, and personalized online service delivery model. The software serves as a catalog that provides basic information about the resources of the Archives, and it is equipped with user-friendly finding aids compliant with the International Standard for Archival Description…”

Also according to InfoDOCKET “as the 2016 presidential candidates kick off their campaigns, School of Information Studies (iSchool) professor Jenny Stromer-Galley is ready to follow their social media posts, tracking what the candidates say and how the public reacts. Stromer-Galley is working with an interdisciplinary team to collect tweets and hashtags on Twitter, as well as the posts, likes, and shares on Facebook, and conduct analysis. This work is part of the digital politics project of the Behavior, Information, Technology, and Society (BITS) Laboratory, which was established at the iSchool last October, providing a dedicated space and facilities for online network research.

According to KnowledgeSpeak “the National Library of Medicine (NLM), … and a component of the National Institutes of Health, and the National Endowment for the Humanities (NEH) have reaffirmed their partnership, originally established in 2012, following on the visit of NEH Chairman William D. Adams to the NLM. The agencies will continue to develop initiatives that bring together specialists from the humanities, medicine, and information sciences to share expertise and develop new research agendas…”

KnowledgeSpeak also reports that  “Springer has confirmed that 64 articles are being retracted from 10 Springer subscription journals, after editorial checks spotted fake email addresses, and subsequent internal investigations uncovered fabricated peer review reports. After a thorough investigation it was discovered that the peer review process on these 64 articles was compromised…”

The Historical Dietary Guidance Digital Collection (HDGDC) combines more than 900 documents representing over 100 years of history. Through this digital collection, users can explore the evolution of American food, diet and nutrition, reflecting the most current science of the time…”

According to this press release from ProQuest the company has “introduced an enhanced platform interface that makes it easier for users to complete their research tasks. Driven by deep analysis of researcher behaviors on the ProQuest platform, extensive testing with users and librarians, beta testing with a variety of customer development partners, and large scale A/B testing, the enhancements make discovery and access of ProQuest’s rich, diverse content more intuitive and effective…”

GalleyCat reports that “the Library of Congress has released a smartphone app to support the National Book Festival next month.

The new app is designed to help attendees navigate the event which takes place Saturday, Sept. 5, from 10 a.m. to 10 p.m. at the Walter E. Washington Convention Center in Washington, D.C…”

More corporate and publishing news from a variety of sources.