News You Need to Start the Week

News You Need to Start the Week 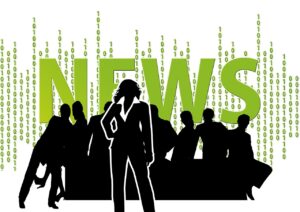 According to the Butler Collegian, “Butler University Libraries is joining with academic libraries across Indiana in a move to consolidate their collections.

At Butler, the University Libraries staff is working with data and faculty to determine which areas of the collection can be eliminated.

The project compares the holdings of 35 participating academic libraries, a total which amounts to around 7 million volumes…”

Citing The News Leader (Staunton, VA) InfoDOCKET reports that, “in collaboration with the University of Virginia Press, the Woodrow Wilson Presidential Library Foundation is embarking on a digitization project to preserve Wilson’s collection of notes and materials. The Woodrow Wilson Project will gather these documents in one place, memorialize them and make them accessible for everyone. The process is expected to take several years…”

InfoDOCKET also reports that “a new online database has been launched compiling research on how Singapore’s flora and fauna interact with each other.

Called Animals and Plants of Singapore, it is managed by Lee Kong Chian Natural History Museum and went live on the museum’s website this month.

KnowledgeSpeak reports that “The Scholarly Publishing and Academic Resources Coalition (SPARC) has announced that the theme for this year’s 8th International Open Access Week will be ‘Open for Collaboration.’ The theme highlights the ways in which collaboration both inspires and advances the Open Access movement-from the partnerships behind launching initiatives such as PLOS and ImpactStory, to the working relationships the community has established with policymakers that have delivered Open Access policies around the world…”

And in more database news, InfoDOCKET notes that “Historic Scotland has launched an online database cataloguing 400 objects from dozens of historic sites in Scotland. Artefacts, paintings and items spanning 2,000 years are available to view at the touch of a button. The searchable online gallery includes the story of each item on display. 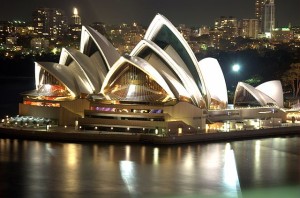 A rich collection of artistic and cultural works from state-based institutions has also been captured including the Queensland Museum, Sydney Opera House and the State Library of New South Wales….

According to Shelf Awareness “the European Court of Justice ruled … that for tax purposes an e-book is not a book, the Wall Street Journal reported. The decision is is another step in closing loopholes that, among other things, have allowed Amazon to sell products for lower prices than rivals in parts of the European Union…

KnowledgeSpeak reports that “Springer has now opened selected metadata from conference publications, heeding the European Commission’s call for promoting open data. The term Linked Open Data (LOD) refers to structured, machine-readable data, which more and more researchers and librarians are now using in their work. Springer belongs to the vanguard of LOD providers and has assumed a leading role among those publishers offering semantically searchable data…”

According to Library Technology Guides, “ProQuest is offering “a new version of its popular HeritageQuest® Online, a treasury of high quality genealogical and historical information. This authoritative family history resource, which can be accessed from the library or remotely through the library portal, has a new interface powered by Ancestry, enriching the search experience and streamlining the research process…”

And lastly, Library Technology Guides notes that  “Innovative announced today its sponsorship of the Libhub Initiative, which encourages industry-wide focus on the visibility of library resources on the Web. With enabling technologies such as linked data and shared vocabularies such as schema.org and BIBFRAME, the Libhub Initiative will exponentially expand data linking among libraries and the greater Web…”