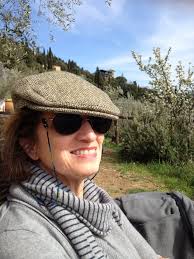 I remember back when I got hired at the College of Charleston, One of my duties as the newly minted Head of Acquisitions was to order French books. I was the first-ever professional librarian in acquisitions and thanks to Tom Leonhardt (then at Duke), Bill Schenck (then at UNC-Chapel Hill) and John Ryland (then at Hampden-Sydney College) and many others, I learned about Touzot. Later, the late Edna Laughrey taught me all about Aux Amateurs. Anyway, the times they have a-changed!

The communicative Robert Robbins [email protected] informs us that Touzot is completing the integration of data from the Touzot database www.touzot.fr into the unified database at www.auxam.fr.

Most importantly for everyone, July 1 will usher in a new corporate identity for the combined bookshops. AMALIVRE will unite the long histories of Librairie Touzot and Aux Amateurs de Livres into one company and will mark the consolidation of the two operations which began several years ago. Christèle Giboire [email protected] remains the contact for such technical details as ftp address changes, MARC services, EDI protocols as well as cataloging and shelf-ready services.  Robert says that we may contact him as well with any questions about online services and tools, account access, support and training or general questions about staffing and services.

Director Gilles de La Rochefoucauld [email protected] continues to manage the approval plan division of the bookshop and  selection specialists, along with Lionel Chaumontet [email protected] who brings years of experience working with Touzot approval clients. AMALIVRE is attending ALA in Las Vegas, booth number is 1553. See you there!

Sad to report that the enterprising Rush Miller, under whose leadership the Pittsburgh University Library System has flourished, will retire from his position as director of the system and Hillman University Librarian effective Dec. 31, 2014.  “The last 20 years have been a time of immense change in the field of information technology, and Rush‘s visionary leadership of the University Library System during this time has been an essential component of the University’s overall success,” said Patricia E. Beeson, Pitt provost and senior vice chancellor.   Since Miller took his position in 1994, the library holdings at Pitt have doubled and now include more than 1 million electronic books and 110,000 journals. The University Library System publishes numerous scholarly e-journals, free of charge, to partners who share its support for open access to research information. It is one of the top publishers of international journals, something Miller calls “an extension of our global outreach as a library system.”

Miller has been active in a number of leadership roles, including as a member of the Boards of Directors for the Association of Research Libraries and the Pennsylvania Academic Library Consortium.

A search committee will be formed to identify Miller’s successor.

Of note — Smithsonian Collections Online: World’s Fairs And Expositions: Visions Of Tomorrow gives researchers access to primary source documents about landmark exhibits from 1840 to 1940. This resource is just one part of Gale‘s long-term partnership with the Smithsonian Institution to create searchable archives of the Smithsonian’s vast collections.