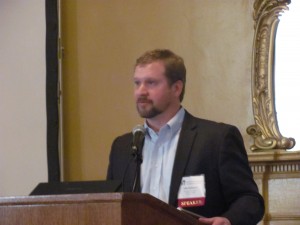 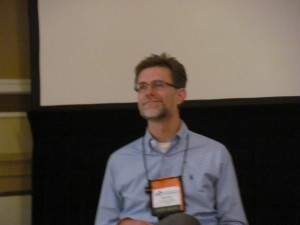 In 2008, Jason Price and John McDonald from the Claremont Univversity libraries found that only about 20% of the 5 university libraries’ book content was available from the ebook aggregator marketplace, and only about 4% to 15% were available from the 4 major aggregators (EBL, Ebrary, EBSCO (NetLibrary at that time), and MyILibrary.  Today, they presented results from a repeat study of 34,000 books.

First, Jason and John conducted a live poll of the attendees.  The analysis agreed with the poll; the number of books available in electronic form is higher than it was in 2006; 37% of the books were available in the marketplace.  And from other data, it appears that high quality books are being published as e-books.

Analysis of the marketplace

The total marketplace has increased about 100% from 2008. 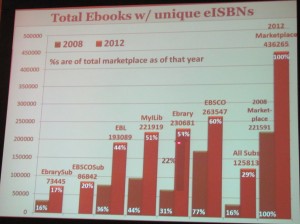 Ebrary has increased its market share significantly.  in 2008, only about 1.5 e-books were available by subscription on the average, now 3 books are available.  About 50% of the e-books are available from more than a single aggregator.  Here is a graph of the age of the books available: 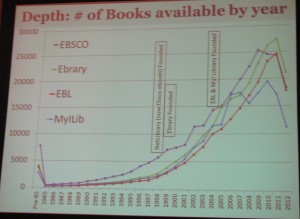 Subscribing to e-books is very significantly less expensive than buying the books, costing less than a penny on the dollar!  Libraries should therefore seriously subscribing to both collections.

University press portals have been particularly active in working with the aggregators, but the number of books they have is minuscule compared to the entire marketplace.

Hathi and Google Books are major e-book producers.  Google Books has scanned 12 million books so far and has set a goal of scanning 129 million by the end of the decade.  This has major implications for libraries, which are buying e-books for preservation; they must think hard about how much money they are investing when there is a possibility of significant subscription services becoming available. 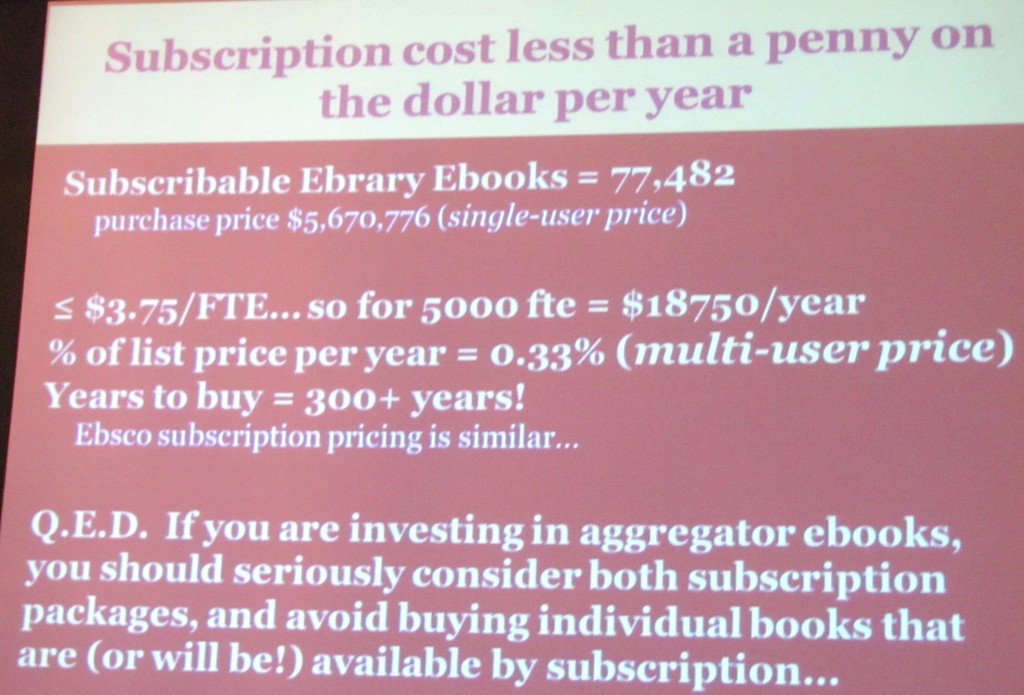