Lenders in the Courthouse

“The Library Copyright Alliance, a consortium of three major library associations, argues that a lower court’s ruling in John Wiley & Sons, Inc. v. Supap Kirtsaengcould make libraries liable for copyright infringement if they lend out library books and other materials that were “not lawfully manufactured in the United States” without purchasing expensive “lending licenses.” (Libraries, the alliance asserts, tend to have large numbers of foreign-made books in their collections.)…”  (See the next entry for more on this case.)

“Today the Association of Research Libraries (ARL) joined the American Library Association (ALA) and the Association of College and Research Libraries (ACRL), who all work collectively as the Library Copyright Alliance (LCA), to file an amicus curiae brief (PDF) with the Supreme Court of the United States in support of petitioner Supap Kirtsaeng in the case Kirtsaeng v. Wiley & Sons… Wiley, a publisher of textbooks and other materials, claims Kirtsaeng infringed its copyrights by re-selling in the US cheaper foreign editions of Wiley textbooks that his family lawfully purchased abroad. The LCA believes an adverse decision in this case could affect libraries’ right to lend books and other materials manufactured abroad…

Amazon May Have 10″ Kindle Fire Out Soon

According to this report in GalleyCat “Amazon is not taking to competition from Google’s new tablet lightly. Rumors are circulating that the company is working on two new Kindle Fire tablets —  a 10-inch version and a new 7-inch “Coyote” version…  While it is still too early to tell when Amazon will release these new devices, with Google entering the ring, the sooner that Amazon can put out a new device, the better. AppNewser has more: “Last week Google released the Nexus 7, a 7-inch tablet computer that is a direct competitor with the Kindle Fire, in that it is designed to consume digital media content like apps, music, books and movies from Google Play.”

For being a pioneer in sharing research on such a global scale, the Scholarly Publishing and Academic Resources Coalition recognizes the World Bank as its June 2012 Innovator.

“The World Bank has taken a leadership role in opening up access to the wealth of information that it produces and funds,” says Heather Joseph, Executive Director of the SPARC in Washington, D.C. “They have thoughtfully and systematically applied the concept of Open Access to all of their research outputs, which has the potential to greatly enhance its impact. They are in a unique position to demonstrate the power that Open Access can have on their development agenda…” 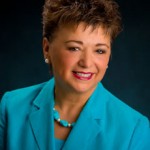 Camila A. Alire, dean emerita of both the University of New Mexico and Colorado State University, has been nominated by President Barack Obama to the National Council on the Humanities. Ms Alire will begin serving in this advisory post after Senate confirmation. “As a National Council on the Humanities Member, Alire will join the board of twenty-six distinguished private citizens appointed by the president and confirmed by the Senate in advising the chairman of the National Endowment for the Humanities…”

InfoDOCKET reports that “nearly 150 books, pamphlets and prints from the Sid Lapidus ’59 Collection on Liberty and the American Revolution were recently digitized in their original form and are available online for free. Readers may virtually flip through the frayed-edge pages of “Common Sense,” which helped inspire the Declaration of Independence after it was published in 1776, or enlarge detailed text and images featured in the works of Founding Fathers John Hancock, Alexander Hamilton, Thomas Jefferson, James Madison and many others…”

According to this post in Knowledge Speak “Columbia University and business information provider Thomson Reuters, US, have announced the launch of the Advanced Data Visualization Project (ADVP). The project, based at Columbia’s Graduate School of Architecture, Planning and Preservation (GSAPP), will be sponsored by Thomson Reuters. It is projected to facilitate research into data visualisation and its implications for academia and industry…”

15 Design Tricks We Learned From a New Must-Buy Styling Book appears in Architectural Digest and is by Amanda Sims "Now look around your living room," writes Patrick Kooiman in the opening lines of his new book, * Volume: Let Europe's Finest Style Experts Spice...

15 Design Tricks We Learned From a New Must-Buy Styling Book appears in Architectural Digest and is by Amanda Sims "Now look around your living room," writes Patrick Kooiman in the opening lines of his new book, * Volume: Let Europe's Finest Style Experts Spice...

U.S. House Committee on the Judiciary Hearing: “Oversight of the U.S. Copyright Office” (Video Recording and Media Report) According to infoDOCKET this video of the oversight hearing was recorded on May 5, 2021. Also included are links to prepared statements from...

REGISTER NOW Wednesday, June 9 at 2:00 pm Eastern Description: Controlled Digital Lending (CDL),  which enables a library to circulate a digitized title in place of a physical one in a controlled manner, is an idea that has been kicking around libraries since at...