InfoDOCKET reports that the most recent Hathi Trust semi-annual report is available online. According to the report introduction: “The HathiTrust Research Center (HTRC) had a productive 6 months as it works out core issues in Phase I of its development effort.    Milestone wise, we are looking forward to and planning for a public demonstration of functionality that is tentatively scheduled for June 2012 as is in accordance with the MOU between HathiTrust and HTRC.   Phase II in which HTRC Is operational is scheduled to begin date 01 Jan 2013.

The report also notes that “three legal agreements guiding the Center have been completed at the University level.  The MOU between Hathi Trust and the HathiTrust Research Center has gotten signatures at IU and UIUC and is with University of Michigan. The MOU between IU and UIUC has been fully executed. With the Google Agreement, UIUC and IU have each entered into an agreement with Google separately but the same terms.  The agreements have been signed at the University level and are with Google…” 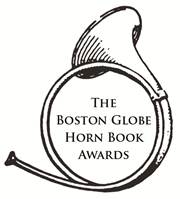 The Horn Book’s editor in chief Roger Sutton and 2010 Boston Globe-Horn Book Award-winning author Rebecca Stead (W hen You Reach Me, Random House) announced the winners today at BookExpo America in New York… Celebrating its 45th year, the Boston Globe-Horn Book Awards are among the most prestigious honors in the field of children’s and young adult literature. Winners and two Honor Books are selected in each of three categories: picture book, fiction and poetry, and nonfiction.

Following is a list of this year’s winners and honors:

“Serials Solutions, a ProQuest business, today announced an agreement with Beijing Apabi Technology Co. Ltd., (Apabi) to enable the discovery of its vast collection of Chinese e-book content in the Summon® web-scale discovery service. Students, researchers and librarians using the Summon service will be able to discover Chinese-language titles from the comprehensive collection of e-books from Apabi, alongside their library’s other resources…”

“…The Will Eisner Graphic Novel Prize for Libraries will be presented at this year’s ALA to three libraries which will each receive a selection of books nominated for the Will Eisner Comic Industry Awards, a $2,000 voucher to purchase more GNs, and a $1000 stipend to hold author events…”

“Jack B. Blount has been chosen to succeed Jay Jordan as OCLC president and CEO.  Blount, who boasts experience as president and CEO of Alpha Bay Corp. and Dynix Corp., will take over after Jordan retires at the end of the month…” 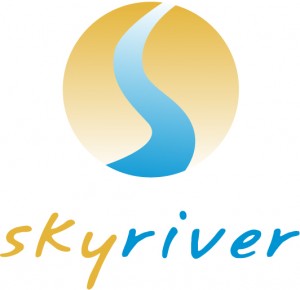 “SkyRiver announced today an expansion of the SkyRiver database through a new partnership with Multicultural Books and Videos, Inc. Multicultural is a major library supplier of foreign language materials–particularly titles in non-Roman languages. One of Multicultural’s highly acclaimed services is the provision of MARC records with its shipments and, as part of the partnership agreement, Multicultural will directly input MARC metadata into the database using the SkyRiver cataloging client…”

Linked Data for Libraries - Casalini Libri and the Evolution of Cataloguing This video from Casalini Libri highlights their dedication to cataloguing over the decades and their involvement in creating tools for the use of linked data in libraries.It is available on...

Linked Data for Libraries - Casalini Libri and the Evolution of Cataloguing This video from Casalini Libri highlights their dedication to cataloguing over the decades and their involvement in creating tools for the use of linked data in libraries.It is available on...

ATG Book of the Week: Book Wars: The Digital Revolution in Publishing