News about a Collections Trust project investments; the Apple ebooks case in the EU; ALA’s most frequently challenged books; the Annual Anisfield-Wolf Book Award winner; and a OCLC Board of Trustee election.

INFOdocket reports that “the Collections Trust has secured major European Commission investment in projects worth a total of €8m to help museums, archives and libraries share their collections online safely and sustainably…

This new investment by the European Commission represents a milestone in the Collections Trust’s international strategy and a huge opportunity to help museums, archives and libraries bring the richness of their collections to online audiences”, says Collections Trust CEO Nick Poole. 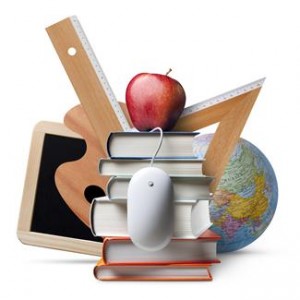 Quoting this article in the The Telegraph, Jason Boog of the GalleyCat website  notes that “Apple has reportedly proposed to settle its eBook pricing case with the European Union’s competition commissioner… In contrast, Apple has pledged to fight similar lawsuits in U.S. courts. Earlier this month, the European Commission revealed that it had received “proposals of possible commitments” from Apple and these four publishers: Simon & Schuster, Harper Collins, Hachette Livre and Verlagsgruppe Georg von Holtzbrinck…” 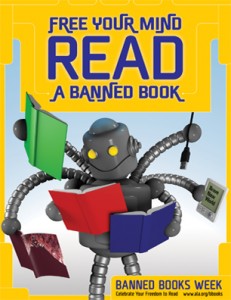 Most Frequently Challenged Library Books of 2011

The GalleyCat website also reported on ALA’s annual list of the most frequently challenged library books of the year… The list was part of the ALA’s 2012 State of America’s Libraries Report.  A few of these books have been on the list of banned books for years while some are relative newcomers.  The reasons for these challenges include; nudity; being sexually explicit; using offensive language; racism; the religious viewpoint; insensitivity; occult/satanic elements; violence; and being unsuited to age group.  In any case, below are links to ” to free samples of all the books on the list.”

10 Most Frequently Challenged Library Books of 2011

“David Livingstone Smith, Ph.D., University of New England associate professor of philosophy, has been named winner of the 77th Annual Anisfield-Wolf Book Award for Nonfiction for his 2011 book Less Than Human: Why We Demean, Enslave, and Exterminate Others.

The award was announced by the Cleveland Foundation on April 19, 2012. The Anisfield-Wolf winners will be honored in Cleveland on Sept. 13 at a ceremony hosted by the Foundation and emceed by Jury Chair Henry Louis Gates Jr….”

“OCLC Global Council member delegates elected two librarians to serve on the OCLC Board of Trustees: Loretta Parham, CEO and Director of the Atlanta University Center Robert W. Woodruff Library, and Jennifer Younger, Executive Director, Catholic Research Resources Alliance. Each will serve a four-year term beginning with the next OCLC Board meeting in November.

The two new Board members were elected by Global Council April 18 and will replace Maggie Farrell, Dean of Libraries, University of Wyoming, and Bruce Newell, Director (Retired), Montana Library Network, whose terms on the Board end in November…”

University of California, Santa Cruz to Become 126th Member of ARL ARL News reports that "At its Fall 2021 Association Meeting held virtually September 28–October 6, the membership of the Association of Research Libraries (ARL) voted to invite University of...